Baker College Prep (BCP) is one of the Noble Network of Charter Schools’ newest campuses that opened in August 2013 with its founding class of 9th graders. BCP’s mission is to develop students to become civic-minded college graduates who solve problems and serve as change agents for their community.

In addition to receiving a rigorous college-preparatory education, students will have the opportunity to serve their community and practice activism through the civics task force project. Each semester, students are placed in a task force group and are required to research and propose a solution to an important issue within their community. In January and June, the task force groups publicly share their work and encourage community members to partner with them in implementing their plans for change.

The name for the BCP campus was chosen in collaboration with the group of generous individuals who contributed the start-up funding needed to launch the campus. Ella Jo Baker was chosen as the namesake for the campus in the hope that her example would inspire the future civic leaders BCP aims to develop among their students.

Due to the high amount of sunlight the building naturally gained, PVC vertical blinds and 1” mini blinds had been installed throughout the ground floor of the school. These blinds could only act as a temporary fix, however due to their fragility and likeliness to breakage. This proved to be an issue for BCP faculty during class time when the blinds needed to be adjusted. The windows on the 2nd floor of this institution included a frosted film covering of half of the glass. The frosted area of the glass provided complete privacy however, it did not provide a decrease in solar heat gain. The other half of the glass, being completely exposed, was susceptible to the damaging effects of the sun. These effects being: flooring and furniture damage, increased solar heat gain and UV glare.

The Baker College Preparatory school building required a new window shading system that would successfully address each of the concerns of faculty. A dependable, durable window treatment was needed that could efficiently control solar influences.

Fabric
– All woven mesh shades were made with Mermet E-Screen E7505 – 5% openness in the color White/Pearl.

A total of 122 IWS solar control shades were installed throughout the Baker College Prep institution. These shades were outfitted with high-quality woven mesh fabric with an openness factor of 5% which is ideal to solve the solar control challenge since it provides exceptional view through of the exterior while simultaneously protecting the interior from UV rays and glare.

A stainless steel beaded chain  hangs at the side of each individual shade, to prevent the shades from being raised or lowered too far, ensuring years of trouble-free usage.

To effectively control and reduce the harmful effects of the sun, Illinois Window Shade Company collaborated with Doug Johnson of Suburban Window Fashions to create an economical and manageable window shading system.

The newly installed clutch operated shade systems at Baker College Prep successfully address each of the concerns of faculty. Each window in the building is now equipped with top-quality window shades that proficiently remain easy to use and control solar interference during class time, all while keeping the view through of the exterior visible.

Educational institutions and architects across the country are working to design sustainable solutions that provide enhanced security measures for school staff and students. The proper window shade addresses these challenges in a cost effective and practical manner. Well-designed motorized shading solutions not only save energy and money, but also provide another layer of privacy and security when needed. 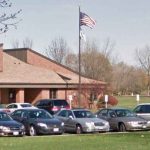 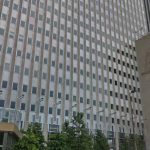